This proposal has been submitted to governance and is now up for voting! Check it out: https://gov.moonwell.fi/apollo/proposal/3

The Moonbeam Foundation has provided a grant of 19,852 MOVR to Moonwell Apollo liquidity providers for December in order to fuel the growth of the Moonriver ecosystem. In continuation with my previous proposal MIP-6, I am proposing reward speed adjustments that fully distribute these liquidity incentives to the Core lending protocol, as well as adjustments of MFAM liquidity incentives to the Safety Module, and the Solarbeam MFAM<>MOVR farm.

As a part of this proposal, I have included a 100,000 MFAM grant to my wallet address. This is in line with the precedent set by community member not-taco in his first proposal on Moonwell Artemis (MIP-2), where he encouraged new people to create and maintain the protocol through governance.

Upon execution, these new rates will come into effect and the Moonwell Contributor Grant will be transferred on 11/26 03:28 UTC +24 hour timelock.

Safety Module - Smart contract that backstops the Moonwell Apollo protocol in case of a “shortfall event”. Users are able to stake their MFAM and receive MFAM rewards

Reward Speed - The rate at which MFAM and MOVR are distributed to DEX LPs, ,Safety Module stakers, and Core protocol suppliers/borrowers 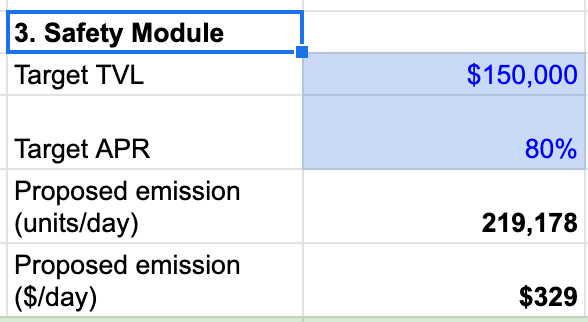 The MFAM<>MOVR farm on Solarbeam DEX provides the liquidity that allows users to buy or sell the MFAM token on their exchange. Incentivizing TVL in this farm is important as higher liquidity equals lower slippage for those swapping MFAM tokens. LPs earn rewards for adding liquidity to the pool and staking their LP tokens (tokens received for adding liquidity to the pool). This proposal will update the “reward period” for the farm, which includes both the reward speed (number of MFAM/second that are distributed to stakers) and an ending timestamp (which defines when the reward period will end). 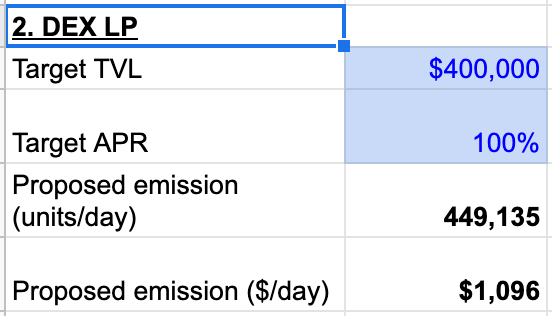 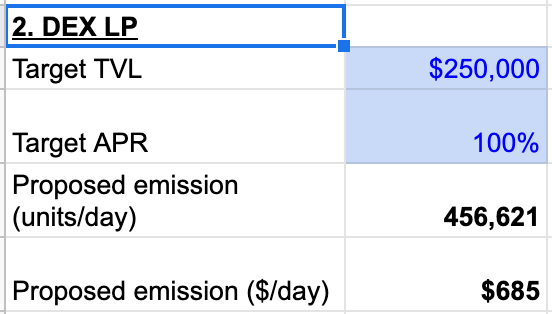 The Moonbeam Foundation has provided a grant of 19,852 MOVR to Moonwell Apollo liquidity providers for December in order to fuel the growth of the Moonriver ecosystem. Anyone that supplies or borrows on Moonwell Apollo will be able to claim these rewards from the Rewards modal found at the top of the Moonwell Apollo app. Like the Core Protocol MFAM rewards, these MOVR rewards are intended to incentivize LPs for providing useful liquidity to the protocol, and can also be split between each of the money markets/suppliers and borrowers at any arbitrary ratio.

As of 11/2/22, these were the reward emission ratios set for the Moonwell Apollo protocol:

This new proposal keeps the emission weightage the same, and simply reduces the total emissions proportionally to match the slightly reduced grant from the Moonbeam Foundation and fully distributes the MOVR rewards:

Thank you for reading my recommended updates to MFAM and MOVR liquidity incentive distributions. I hope you have taken the time to read through and understand my proposal. Please feel free to give me any feedback or questions that you may have!

I would like to encourage other community members to take an active role in governance. You can share your ideas in the forums and create proposals for the betterment of the protocol! Like not-taco, I have also requested a grant for my labor and time spent in the preparation of this proposal. I would also encourage other members of the community that take on similar work to do the same!